To celebrate our 50th anniversary, we’re inviting a select number of experts to share what they see as being the 21st-century solutions to one of the biggest and most complex challenges of our generation: antimicrobial resistance (AMR). In this post, Dr Christopher J.L. Murray, lead author of the landmark Global Research on Antimicrobial Resistance (GRAM) report, explores both tracking and tackling antimicrobial resistance around the world. 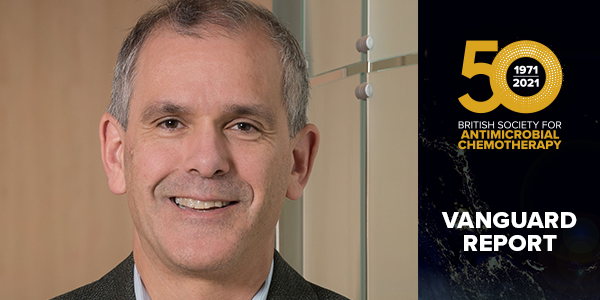 Antimicrobial resistance (AMR) represents one of the important threats to global health and development. A frequently cited ‘Review on Antimicrobial Resistance’ originating from the United Kingdom estimated that AMR could lead to the loss of 10 million lives per year by 2050 and cause substantial economic ramifications. Since then, many pondered if this is an example of alarmism and whether the threat is being overestimated, calling for more comprehensive AMR surveillance data for any steadfast conclusions.

And indeed, one of the major challenges for tackling AMR is understanding the true burden of resistance and its impact on human health, particularly in locations where surveillance is minimal and data are sparse. Notwithstanding all the roadblocks in pursuing comprehensive population-based surveillance of AMR, there was a need for a global snapshot of antibiotic resistance to use as a roadmap for pinpointing highest priority pathogens (and their resistance profiles) and identifying weak spots in surveillance systems around the world, but also for informing potential interventions to lower the AMR burden and evaluating their effects.

The Global Research on AntiMicrobial resistance (GRAM) Project was launched as a project of the University of Oxford and the Institute of Health Metrics and Evaluation (IHME) Strategic Partnership, with the support from the United Kingdom Department of Health and Social Care’s Fleming Fund, the Wellcome Trust, and the Bill & Melinda Gates Foundation to address these gaps. And after four years of developing a stringent methodological approach and collecting/analysing data from many different sources, the capstone GRAM paper was published in The Lancet in January 2022.

The scale of this research endeavour is considerable. By covering 204 countries and territories, 23 bacteria and 88 bug-drug combination from the year 2019, based on 471 million individual records or isolates from 7,585 study-location-years, this was by far the most comprehensive paper on the topic to date. Not only does it build on the Global Burden of Disease, Injuries, and Risk Factors Study, but it also includes a substantial research effort to identify data from hospitals and laboratories on the distribution of infectious syndromes by pathogen and the resistance of these pathogens to antimicrobials used to treat them.

The results revealed the scale of AMR worldwide, giving a voice to this neglected health problem . The report revealed that resistance itself caused 1.27 million deaths in 2019, and that antimicrobial-resistant infections played a role in 4.95 million deaths. This is a clear indication that we must act immediately in order to combat the threat. We are far closer to the figure predicted by the aforementioned UK report than we thought, so there is a pressing need to leverage this data to course-correct and prompt innovation if we want to stay ahead in this race against AMR.

The higher burden of AMR that was detected in low-resource health systems underscores the importance of well-designed national action plans and laboratory infrastructure improvements – not only for the surveillance of the resistance patterns, but also for the management of individual patients. Low-quality data can translate to rising AMR rates and the loss of ability to properly track them, uncover early outbreaks, and guide national health policies. We should focus on these surveillance weak spots and galvanize initiatives toward accurate, population-based AMR tracking, while continuing with the regular burden of disease monitoring.

Although the World Health Organization (WHO) launched the Global Antimicrobial Resistance and Use Surveillance System (GLASS) in 2015, aimed to standardize AMR surveillance on a global level, the approaches used by the different surveillance systems around the world are still very heterogeneous and thus cumbersome to compare. This pertains to the selection of pathogen-drug combinations that will be tracked and methods used for determining antibiotic susceptibility, but also in coverage (for example, some notable surveillance systems cover only tertiary hospitals in various countries and then generalise the burden of resistance for specific pathogens).

Our analysis of AMR burden revealed critical data gaps in several regions, especially those that are disproportionately impacted by this problem. In LMICs there is a scarcity of laboratory facilities that can even pursue antimicrobial testing, coupled with a myriad of barriers that hamper adequate quality assurance and quality control in microbiology laboratories. Data optimisation issues often further complicate the assessment and interpretation of the results within such surveillance schemes. Finally, many laboratory- based surveillance systems around the world are not linked to patient diagnoses or outcomes, limiting possible inferences from such data.

Scaling up AMR surveillance systems within a generation?

In addition to microbiological data, different surveillance systems should also routinely track demographic and clinical data to improve our understanding of the burden of AMR, as well as to monitor the evolution of resistance in a real-world setting. Our analysis clearly showed the importance of this kind of data for estimating deaths and disability-

adjusted life-years (DALYs) attributable to and associated with bacterial AMR, which means such approach to surveillance is not only desirable, but actually the instrument we need to fine tune the estimation process.

A step towards an ideal surveillance system would be to combine the data from humans, animals and environment within the framework of ‘One Health’ in order to reflect highly intertwined nature of the AMR. This means there is a need for multisectoral partnership between the research community and other experts (physicians, epidemiologists, pharmacists, veterinary specialists). A combined molecular analysis by whole genome sequencing will be needed in the future to determine the distribution of high-risk clones and resistance determinants, which can be coupled with artificial intelligence solutions to monitor pathogen populations and trace transmission networks. The surveillance systems will inevitably have to become scalable in order to generate public domain data that is freely available and standardised for exporting and exchange purposes.

Naturally, these goals are linked with efforts to build adequate laboratory infrastructure for addressing large and basically universal burden of AMR. Such enhanced infrastructure would also boost AMR research in the future to evaluate significant indirect effects of AMR, such as the effect of AMR on antibiotic prophylaxis in transplant recipients or for preventing surgical site infections, the effects of AMR on pathogen transmission, the prevalence of specific variants through the lens of genotypic epidemiology, and other pertinent goals.

Continuing to expand the quantity and quality of data acquisition worldwide will allow us to track levels of resistance much more effectively and course-correct action where needed; consequently, our study on the global burden of AMR should be viewed as a critical first step in that direction. It is pivotal to strive for improved surveillance/control at a national level and within individual hospitals. For the moment, the “one size-fits-all” population-level AMR surveillance cannot be applied on a global scale, thus understanding characteristics of e country and aligning efforts on a regional, national and international level will be needed for an efficient path forward. The global collaboration and scale of the response to COVID-19 has demonstrated what we can do when faced with a seemingly insurmountable challenge, and we may well use certain lessons from the pandemic to our data-driven approach in solving AMR.

Dr. Christopher J.L. Murray is Chair of Health Metrics Sciences at the University of Washington and Director of the Institute for Health Metrics and Evaluation (IHME). His career has focused on improving population health worldwide through better evidence. A physician and health economist, his work has led to the development of innovative methods to strengthen health measurement, analyze the performance of health systems, understand the drivers of health, and produce forecasts of the future state of health.

He has led critical analyses during the COVID-19 pandemic to understand its impact on health systems and the population as a whole, and the effectiveness of policy interventions to mitigate it. The White House, European Commission, many governments, and organizations such as WHO EURO, PAHO, and Africa CDC use IHME COVID-19 forecasts and policy scenarios as a trusted source of evidence. Dr. Murray also leads the Global Burden of Disease (GBD) collaboration, a systematic effort to quantify the comparative magnitude of health loss due to diseases, injuries, and risk factors by age, sex, and geography over time. The GBD is now a network of 7,700 scientists and decision-makers from 156 countries who together generate annually updated estimates. He is an elected member of the National Academy of Medicine (NAM) and the 2018 co-recipient of the John Dirks Canada Gairdner Global Health Award.

The publication of the GRAM project has been a landmark achievement in antimicrobial resistance surveillance. It not only provides evidence of the huge scale of the problem, but also demonstrates how powerful the collation of large data sets collected from multiple sources can be. However, this is the start.

We should continue to strive for better data quality and greater consistency of reporting. This means greater access to diagnostic testing and data reporting in those areas of the world where either these are not widely available or are not utilised.

Also, we should be aiming for patient level data. That is, being able to report clinical outcomes for individuals and whether or not a resistant organism contributed to that outcome. One way of improving this would be to have much greater clarity on death certification about the involvement of antimicrobial resistance.