Superbug Stories: How a broken leg took 12 years to heal after a resistant infection took hold

Antimicrobial Resistance (AMR) is one of the world’s leading causes of illness and death, causing misery to millions every year. As part of a new series, we are featuring stories of patients who have been affected by AMR, as told to Antibiotic Research UK. In this story, Annabelle explains how a superbug infection took hold following a horse-riding accident. 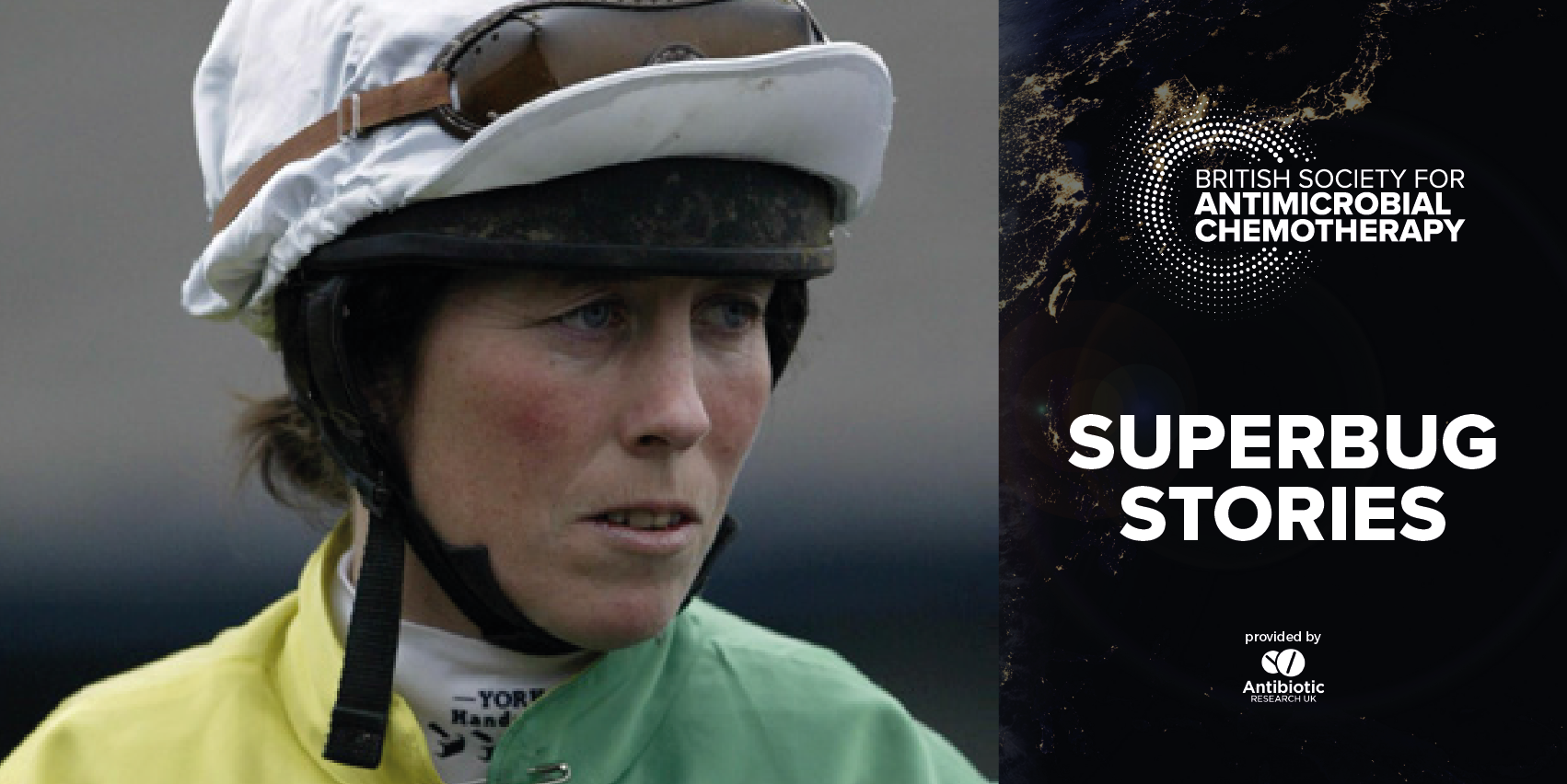 “It began when I fractured the tibia bone in my leg during a horse-riding accident. I then experienced recurring and increasingly resistant infections, which made recovery from surgery and healing very difficult and traumatic over the following 12 years. My fear throughout this journey was that the recurring infections would become fully resistant to the antibiotics and that nothing would work.”

After her accident, surgery initially failed to mend Annabelle’s fractured tibia and she was left with a broken leg. Two years later, she had her first leg frame fitted, to help it heal. The frame meant she had left 16 open wounds which unfortunately led to cellulitis developing– and the recurring infection that followed. This came as a shock to Annabelle when her leg and foot became swollen and pus started to seep out of her leg wounds. The infection was initially treated successfully with an antibiotic. However, the frame did not help heal her leg. Annabelle ultimately had four frames fitted to her leg over the next decade. Each time, infections developed at the site where the metal frame pins of the frame entered her leg. And each time the frame had to be removed without her leg being healed. Annabelle lived in fear that the recurring infections would become fully resistant to all antibiotics, and nothing would work.

Two years on and no further forward in healing her tibia, Annabelle visited various surgeons, two of whom suggested amputation. This was quite shocking news to absorb. Her local surgeon, however, proposed plastic surgery to repair the damaged tissue and skin from repeated infection, followed by yet another frame, as the best way forward.

That final leg frame was fitted a couple of years later. The fracture was finally mending. However, the final hurdle for Annabelle lay ahead:

“Initially, the frame entry points were relatively infection-free, then I developed an infection that the usual antibiotics could not eradicate. Having learned to manage my own infections fairly well over the previous 10 years, I had to strongly argue for IV antibiotics.”

After a five-day IV antibiotic course, the infection finally responded and settled. She remained on antibiotics until the frame was removed and her tibia finally healed.

Even today, Annabelle considers herself one of the lucky ones as she’s met several people who had legs amputated as a result of infections linked to the frames. Having done more research, she realised infections play a major part in fractures not healing. Although the bacteria causing her infections never became fully resistant to the antibiotics, over the years she did have to receive higher doses of antibiotics and longer courses of treatment.