Hearts and minds: Why public engagement is vital in the battle to beat superbugs

In some ways, antimicrobial resistance (AMR) is a lot like the problem of climate change. Both are complex existential threats that demand an equally complex response: new legislation, better market incentives, innovative new technologies, not to mention a sea-change in our relationship with animals, and towards consumption in general. They also require that people, at an individual level, to ‘do their bit’ and change their behaviours... 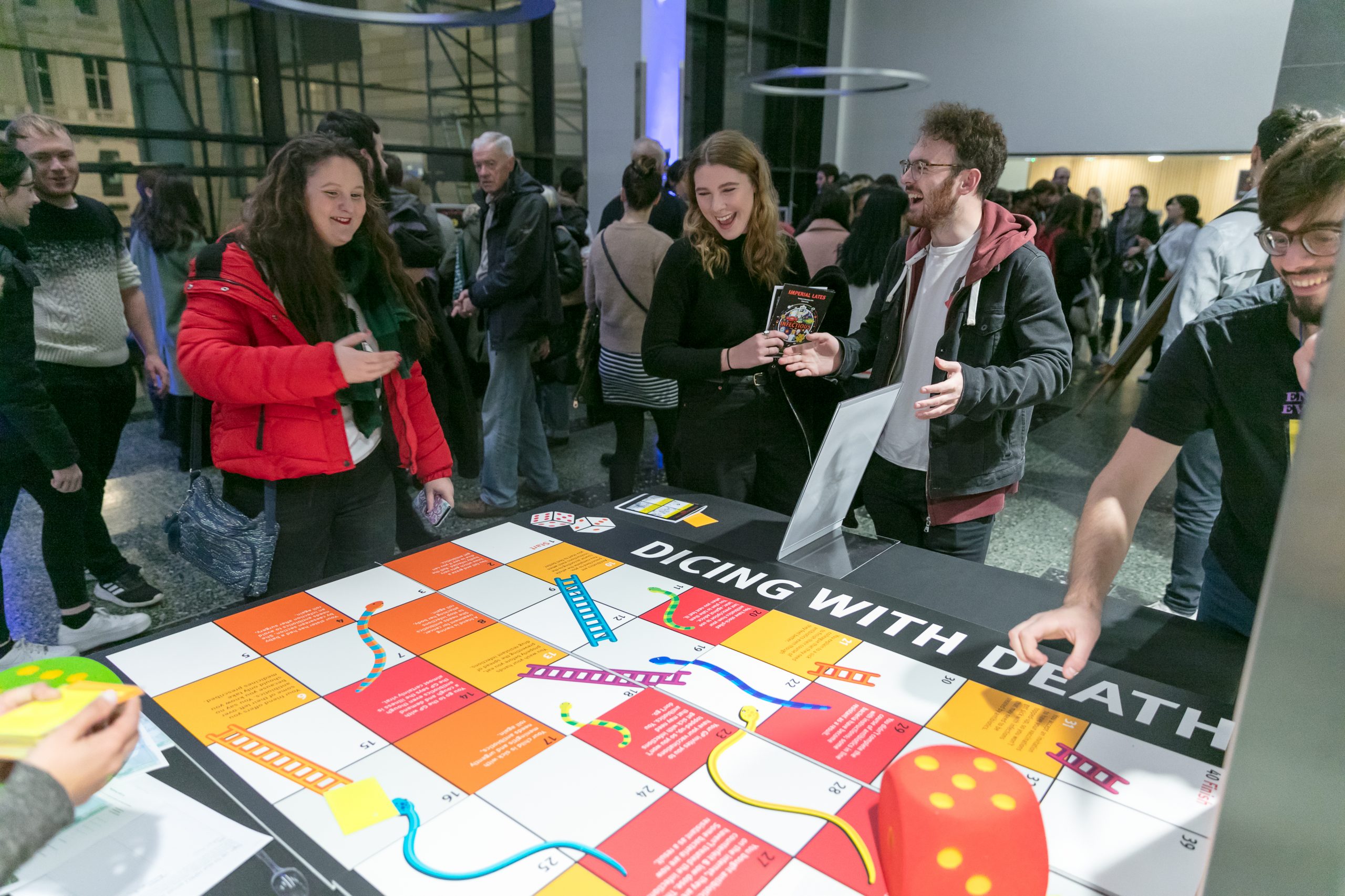 Yet whereas most people have a basic understanding of the issues facing the climate and are empowered to make greener choices, AMR currently lags far behind in both awareness and individual response. In this post, Juliet Allibone discusses her work engaging the public on an issue that most people can’t even pronounce…

It is estimated that as things stand, antimicrobial resistance (AMR) will kill more people than cancer by 2050. Unlike cancer, however, AMR doesn’t have an obvious “patient constituency” or score terribly highly in terms of public awareness.  At best, people may have heard about AMR if it has featured in the news recently. This gives our group something of a challenge; before we can even start talking about the exciting research people have been doing, we most often need to try and explain what AMR is in the first place!

So how do you build an understanding of AMR and its consequences in the context of public engagement?

The approach we’ve taken is to use a range of games, art and quizzes to try and explain what AMR is and, more importantly, what us as individuals can do about it.

For example, we’ve developed a comic, giving a potted history of AMR and explaining the jeopardy that we are now in due to their overuse and misuse of antibiotics; a “Modern Medicine Jenga” game, which illustrates the point by physically representing how everything from surgery to chemotherapy and organ transplantation collapses without working antimicrobials; and a “Play your Cards Right” quiz encourages punters to call for higher and lower answers to a series of questions, from the number of estimated AMR-deaths come 2050, to the economic cost of AMR.

Meanwhile, our “Build a bug” challenge, explaining  natural resistance, selection pressure and multidrug resistance with nothing more than pom-poms and pipe-cleaners, was a great hit with school groups, as was  “The Antibiotic Arms Race”,  our shooting gallery style game with nerf guns, which puts people in the Doctor’s shoes and asks them to decide whether to prescribe or not, all the while demonstrating that antibiotics do not work on viruses and that antibiotic exposure drives resistance

All of these engagement ideas have started from the premise of thinking about what we want people to take away from the activity, what we want them to understand and what behaviours we would like them to adopt as a consequence. For example, both the “Arms Race” and “Build a Bug” have worked wonders in terms of making people understand that inventing a new antibiotic is not going to deal with the problem of resistance. Whether this improved understanding ultimately leads to sustained behaviour change or not is a question for my researcher colleagues rather than me. But I can’t help but feel that we must be getting somewhere when, having made this point, the next question people ask is: “Well, what can we do about it then?”

All the resources described in the above piece are available to download free, either as lesson packs or PPIEP resources at https://www.imperial.ac.uk/medicine/hpru-amr/patient-and-public-information/

Juliet Allibone is the Head of Operations for the NIHR funded Health Protection Research Unit in Healthcare Associated Infections and Antimicrobial Resistance at Imperial College London, where part of her remit is Patient and Public Engagement, Involvement and Participation.  The Unit is a collaboration between the College, Public Health England, the Universities of Cambridge and Warwick and Imperial College Health Partners