To celebrate our 50th anniversary, we’re inviting a select number of experts to share what they see as being the 21st-century solutions to one of the biggest and most complex challenges of our generation: antimicrobial resistance. In this post, Marc Mendelson explores the inequality that lies at the heart of antibiotic resistance, and explains why “no one is safe until we are all safe”... 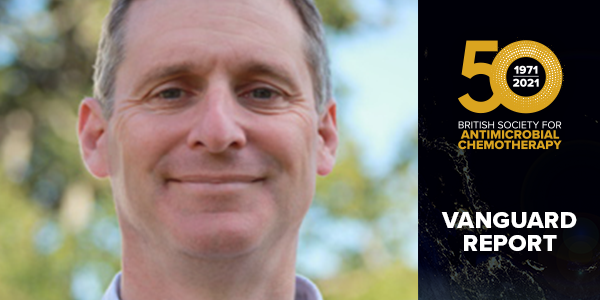 COVID-19 has focused global attention on the inequitable access to tools needed to mitigate a pandemic, with high-income countries (HICs) and low- and middle-income countries (LMICs) at opposite ends of the scale. In the case of antibiotic resistance, a pandemic projected to cause 4 times more deaths per year than occurred from COVID-19 during 2020, inequity also reigns supreme – lack of access to antibiotics in some poorer countries, a driver of mortality particularly in children under 5 years of age, lack of access to newer, expensive antibiotics needed to treat the increasing toll of multi- and extensively-resistant bacterial infections, and lastly and most importantly, the inequity in ability to provide the basic public health interventions that drive many of the social determinants of infectious diseases in LMICs.

From where I sit, the inescapable truth is that until we reduce the burden of infectious diseases in LMICs, we will not impact on global antibiotic resistance effectively. Antibiotic stewardship, like the Roman god Janus, has 2 faces; one optimises antibiotic use for the individual or group of individuals as it relates to food production animals, while the other conserves antibiotics as a global common good. Despite valiant efforts and some advances, we have largely failed financially and conceptually to address conservation. Our neat compartmentalization of siloed workstreams – building awareness, surveillance, infection prevention, stewardship and research and development (R&D) has allowed differential funding and focus, which widens the equity gap by pouring millions of dollars into R&D of new antibiotics, and surveillance systems, while the intervention that could benefit LMICs the most, infection prevention, has received a relative pittance.

Critically, Infection prevention relating to antibiotic resistance is all too often narrowly focused on control of the spread of infection in health settings – infection prevention control (IPC). We need to move closer to the heart of stewardship by addressing the basic inequity of social structure at the two ends of the resource-spectrum if we are to impact meaningfully on the inexorable rise in antibiotic resistant bacterial infections that affect all countries, irrespective of income status.

In LMICs, an estimated 670 million people still practiced open defaecation in 2017 and only one in three people have access to safe drinking water, resulting in high rates of diarrhoeal disease and equally large amounts of inappropriate antibiotic use. An analysis commissioned by the AMR Review, found that introducing water and sanitation (WaSH) infrastructure could reduce the number of related cases of diarrhoea requiring antibiotics by 60%. Despite these statistics and attempts to link the sustainable development goals (SDG6 being access to clean water and safe sanitation) with antibiotic resistance, meaningful improvements in WaSH for LMICs remains grossly under-funded.

Similarly, vaccination is a cornerstone of infection prevention, reducing the need for antibiotic use. However, our international report card on vaccination coverage continues to read ‘Could do better’. In 2019, global third dose coverage for childhood pneumococcal vaccination in 149 member states was only 48%, and global rotavirus vaccine coverage was estimated at 39%. In addition, adult vaccination programmes are under-utilized as a tool to reduce infections. Most LMICs are unable to afford the luxury. For example, South Africa, an upper middle-income country procures less than 1 million doses of influenza vaccine for its annual influenza season, despite in excess of 10 million people being identified as high risk of severe influenza and prioritized for vaccination. Influenza vaccination programs reduce antibiotic prescribing during the influenza season, yet the reality of health funding in LMICs makes this stewardship intervention inaccessible for all but a lucky few. Adult pneumococcal vaccination is also recommended for older age groups and immunosuppressed patients (South Africa has 7 million people living with HIV alone), but precious few are vaccinated.

COVID-19 has brought renewed focus for healthcare workers (HCWs) in relation to the spread of infection in hospitals. Although lack of compliance with hand hygiene, often compounded by lack of access to water has long been the focus of antibiotic resistance-related IPC, much more attention is also needed to the broader administrative and environmental components of IPC. COVID-19 has forced us to reappraise the way in which we structure hospitals, patient flow, organize wards and clinics, and tackle environmental contamination to reduce infection spread and protect patients. Although the spread of antibiotic resistant bacterial infections is much less noticeable, this re-awakening to the threat to other patients and to the HCWs themselves must be capitalized on to advance antibiotic resistance-related IPC.

Optimising infection prevention (biosecurity) on farms and making improvements to housing conditions and feed to reduce illness in animals is similarly critical in food production to offset the need for antibiotic growth promotion or metaphylaxis in food production animals. Despite clear reductions in antibiotic use on farms in the European Union and other HICs that have improved these parameters, neither attention nor funding for such improvements in LMICs is even on the table. It’s one thing being told to reduce your antibiotic use in food production, it’s another to have the means to do so, even for the most committed resource-poor farmer.

In short, the greatest progress in reducing antibiotic consumption in LMICs will not come from the stewardship of antibiotic use in individual patients or animals but rather from large-scale public health interventions that alter the fabric of society by increasing infection prevention.

How could these major public health interventions be funded? Governments of LMICs must recognize the need to prioritise the required interventions, which have the added advantage of bringing greater social benefit than just reducing antibiotic resistance. More clean water, safe sanitation and vaccines, rather than in the case of South Africa, arms deals, propping up a loss-making airline, and state capture by corrupt politicians, would be the order of the day. LMICs need to realise the gains of social interventions that HICs have long since enjoyed. But what of the role of HICs? Should they contribute to supporting public health interventions that will make a major dent in global antibiotic resistance not only in their own countries, but in LMICs, many of which have been historically colonized?

The Access to COVID-19 Tools (ACT)-Accelerator has shown that financial contributions from HICs to a LMIC-pool can drive equitable access to resources needed to mitigate a pandemic. Its mantra of ‘No-one is safe until everyone is safe’, is equally applicable to antibiotic resistance as it is to COVID-19. The Accelerator focuses on access to diagnostics, therapeutics and vaccines, but it is not inconceivable that the same model couldn’t be broadened to encompass tools that would support major social change.

A global crisis needs a global solution, achieved by legislation and or regulation if demanded. There have been many calls for “an enduring global agreement”, however, to date, even bringing the issue of antibiotic resistance to the United Nations General Assembly at the high-level meeting in 2016 failed to impact significantly on the core social drivers of antibiotic resistance in LMICs. Will the recent Call to Action on Antimicrobial Resistance-2021 be any different? I think not. While national governments need to play their part, if we are to preserve antibiotics as a global common good, I don’t see this as being possible without the highest level of control, a United Nations Convention or Treaty, in addition to an international funding mechanism to reduce the real drivers of antibiotic consumption at a social level. Such a Convention or Treaty would not only address this part of the jigsaw but is equally needed to address other access issues, reduce excess, commit countries to surveillance, and agree targets, amongst other interventions.

Just as COVID-19 has stimulated a movement to re-balance inequitable access between HICs and LMICs, it’s time that mitigating antibiotic resistance got a healthy dose of the same.

Marc develops some of the themes in Debra Goff’s blog on the future of antimicrobial stewardship, emphasising the One Health approach to antimicrobial resistance (AMR) from the perspective of low- and middle-income countries (LMICs).

One of the key points he identifies here, is the lack of resources in some LMICs to improve the basic infrastructure needed to provide clean water and adequate sanitation, which impairs the control of infectious diseases and provides fertile ground for the development and spread of AMR. The point is well made that we need to start with the basics and do much more to prevent infection in LIMCs in order to have any impact on AMR.

More than anything, he emphasises the need for higher income countries to provide support to others – AMR affects us all and what happens in one country will inevitably have an impact in every other.

It is striking that, despite being widely recognised, progress is so slow in this area. Undoubtedly, this needs global coordination and funding. And while Marc rightly identifies some initiatives in this area, there is still much more to be done.

We want to hear your thoughts on this article. What you say could inform the recommendations we make in the Vanguard Report itself, which will be published at the end of the year.

You can join the conversation by emailing mcorley@bsac.org.uk or tweeting our @BSACandJAC account.