To celebrate our 50th anniversary, we’re inviting a select number of experts to share what they see as being the 21st-century solutions to one of the biggest and most complex challenges of our generation: antimicrobial resistance. In this post, Professor Sabiha Essack, explores the future of infection prevention and control... 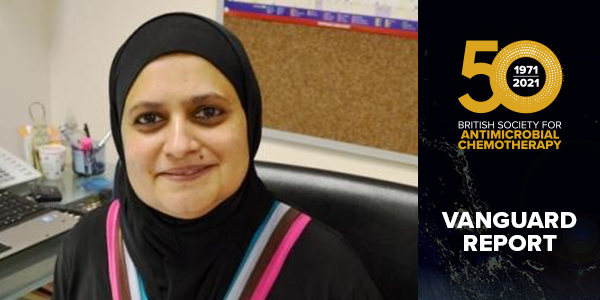 Conventional phenotypic (observable) surveillance data is generated from microbial culture and susceptibility (MC and S) testing.  Bacteria causing the infection are isolated from clinical samples such as blood, urine, cerebrospinal fluid or pus, identified to species or sub-species level and then tested against a panel of antibiotics.  These 2-3-day laboratory investigations test individual drug-bug combinations and provide information on the antibiotic treatment options that will cure the infection – this is patient level data.  Aggregated MC and S data from specific clinical diagnoses such as bloodstream infections, urinary tract infections, respiratory tract infections, skin or soft tissue infections yield antibiograms (overall antibiotic susceptibility profiles) of common causative bacteria to inform infection-specific treatment guidelines – this is facility and population level data.  Consolidated drug-bug susceptibility data can monitor increases/decreases in bacterial resistance and provide antibiotic resistance trends over time – this is also population level data.  Accurate and representative surveillance data ideally requires a sample to be taken from every suspected infection. This is not the case in clinical practice and most phenotypic surveillance data today, may not necessarily reflect the true burden of antibiotic resistance.

Conventional genomic surveillance data is generated from whole genome sequencing (WGS) and bioinformatics analysis of total DNA isolated from pure bacterial cultures implicated in infection.  Bioinformatics platforms allow the elaboration of the total resistome, virulome and mobilome in addition to clonality and phylogeny.  The resistome is the totality of, inter alia, antibiotic, biocide and heavy metal resistance genes carried by the bacteria.  The virulome consists of the range of virulence genes that determine the pathogenicity and severity of the infection. The mobilome is made up of all the mobile genetic elements (MGEs) such as plasmids, transposons, integrons, insertion sequences, prophages, gene cassettes, pathogenicity islands etc. that carry the resistance and virulence genes and mobilize them within and between bacterial species.  Clonality relates to the genetic similarity between bacteria of the same species and is important to outbreak investigations.  Phylogeny is described as evolutionary relationships within and between bacterial species and usually takes the form of a tree.  WGS data is usually uploaded to the National Centre for Biotechnology Information (NCBI) Genbank, a genetic sequence database containing an annotated repository of all publicly available DNA sequences.  While this genomic surveillance data may be comprehensive and identify the actual resistance mechanisms, it does not guarantee that the genotypes transcribe into phenotypes as genes may be silent or minimally expressed precluding the mainstreaming of WGS data in routine clinical practice at the patient level at this time.  Mathematical modelling correlating resistance phenotypes with gene abundance (multiple gene copies), bacterial promoters and repressors as well transcriptomics and proteomics may allow WGS data to inform patient treatment, antibiograms and treatment guidelines, while monitoring antibiotic resistance trends at the genomic level.

The limits of conventional surveillance

Both conventional phenotypic and genomic surveillance are culture-dependent and describe antibiotic resistance in individual, known bacterial species. The resistome, virulome and mobilome equally exists in viable but non-culturable (VBNC) bacteria, living cells that do not grow on routine media. VBNC bacteria have an intact cell membrane and contain undamaged genetic material, including plasmids.  Culture-independent metagenomic surveillance delineates the total resistome, virulome and mobilome of both culturable and VBNC bacteria from a single sample.  Total sample DNA is extracted and sequenced. Bioinformatics analysis allows the characterization of the microbiota, (total microorganisms present) by taxon, phylum and species using 16S rRNA profiling, to produce a metataxonomic tree, (2) the metagenome (collection of genomes and genes from the members of a microbiota), (3) the mobilome (all MGEs within a sample independent of culture), and (4), both known and novel antibiotic resistance genes as no prior sequence knowledge is required.  The mobilome can be reconciled to culturable and VBNC bacterial hosts by phylogenetic analysis to ascertain their bacterial origin and transmission dynamics.  Metagenomic data is mainly used for comparative academic purposes at this time.

Genomic DNA is expressed through transcription into mRNA which subsequently facilitates translation into the protein, i.e. the product encoded by the gene that manifests in the phenotype.  MC and S informed treatment options from phenotypic surveillance data can move to proteomics-informed precision medicine where an antibiotic regimen can be tailored at patient-level.   Resistome, virulome and mobilome profiles, like drug-bug susceptibility profiles, can be aggregated to inform treatment guidelines at facility-level and monitor genomic resistance trends at population level.  Surveillance data may thus have the same utility but far greater accuracy using “omics”.  Triangulating genomics, transcriptomics and proteomics will allow a step-change in the utility of genomic and metagenomic antibiotic resistance surveillance data.

Professor Sabiha Essack is the South African Research Chair (SARChI) in Antibiotic Resistance and One Health and Professor in Pharmaceutical Sciences at the University of KwaZulu-Natal (UKZN), Vice Chair of the WHO Strategic and Technical Advisory Group for Antimicrobial Resistance (STAG-AMR), Senior Implementation Research Advisor at the International Centre for Antimicrobial Resistance Solutions (ICARS) in Denmark and member of the International Pharmacy Federation (FIP) AMR Commission. She further serves as expert consultant on antimicrobial resistance (AMR) and antimicrobial stewardship (AMS) to the WHO.  Professor Essack is chairperson of the Global Respiratory Infection Partnership (GRIP), serves on the Advisory Board of the Combating Antibiotic Resistant Bacteria Biopharmaceutical Accelerator (CARB-X) in the US, the Fleming Fund Expert Advisory Group in the UK, the Market Analysis Expert Advisory Group of the Global AMR Research and Development Hub in Germany and is a member of the Wellcome Trust Surveillance and Epidemiology of Drug Resistant Infections Consortium (SEDRIC).  She served as Vice Chairperson of the South African Ministerial Advisory Committee on AMR at its inception, the International Pharmacy Federation Working Group on AMR, the South African Chapter of the Global Antibiotic Resistance Partnership (GARP) and the South African Antibiotic Stewardship Programme (SAASP).

Technologies to sequence the bacterial genome are becoming widely available and are cost effective and quick. This means that they are rapidly becoming available to routine laboratories rather than being the preserve of academic institutions.

Until now, genomics has been most commonly used to understand the transmission of bacterial species, for example, in outbreaks. The antibiotic resistance data has been obtained almost as accidental added value information, because the whole genome is sequenced and resistance genes can be identified. However, we have learnt that this genomic resistance information correlates very well with traditional culture-based data.

The level of detail obtained from genomic resistance data gives us the opportunity to understand much better how bacteria become resistant and how this spreads.

Genomics won’t completely replace traditional culture methods, but rather will complement them.

We want to hear your thoughts on Sabiha’s article. What you say could inform the recommendations we make in the Vanguard Report itself, which will be published at the end of the year.

You can join the conversation by emailing mcorley@bsac.org.uk or tweeting our @BSACandJAC account.